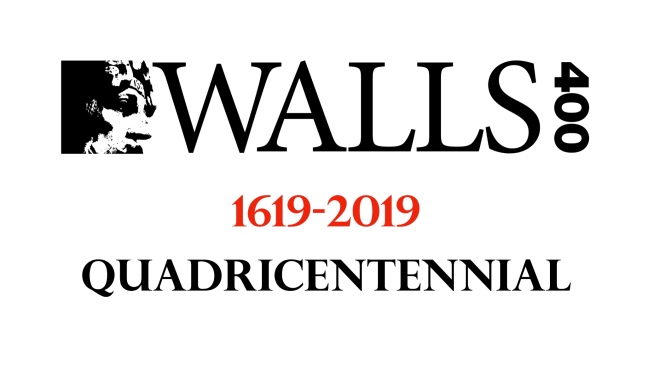 Near the end of 1618 Captain Nicholas Pynnar, the official Inspector of Fortifications in Ireland, had been appointed to survey the progress of the Ulster Plantation and specifically:

the Works and Plantation performed by the City of London in the City and County of London-Derry.

His report, dated 28th March 1619, provides the first official certification of the completeness of the Derry Walls:

The Cittie of London Derry is now compassed about with a verie strong wall, excellentlie made and neatlie wrought, beinge all of good lyme and stone.

This survey is supported by the first illustration of the complete city walls. 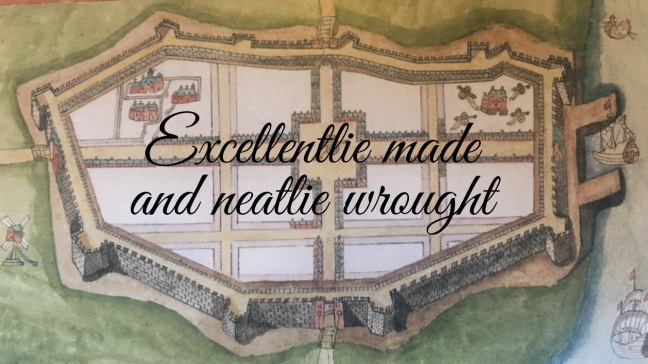 In 2019, the Friends of the Derry Walls will be marking the quadricentennial of Pynnar Survey and the first official certification of the completeness of the Derry Walls.  As a start-up charitable interest group, the Walls Friends  are looking for your support and your ideas to help us explore the legacy of one of Ireland’s most important national monuments. 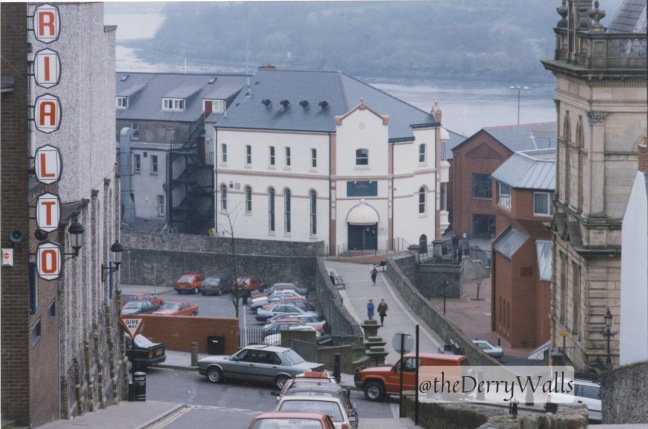 An interesting undated photograph from a collection of images curated by the late Annesley Malley. Taken in Market Street looking the length of East Wall, before the building of both the Millennium Forum and a side extension to St Columb’s Hall. Also visible at the corner of Market St and Newmarket St is the facade of Sir Edward Reid’s Market, which survived as part of the Rialto Theatre until the Rialto was demolished to make way for Primark. 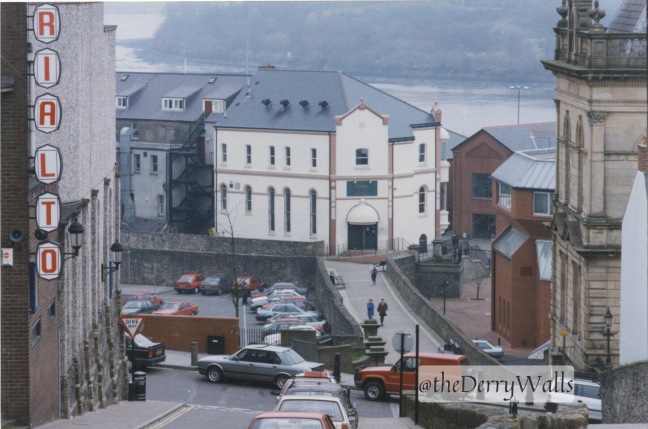